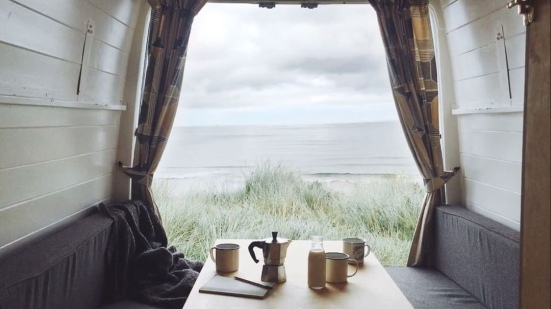 I can’t believe, including number 84 right here, that there are only sixteen of these left.

In some ways, this process has gone by incredibly quickly. When I look back to earlier posts about Violet saying “H is for hippo” or documenting a trip to the beach, that all feels like a very long time ago. Or that particularly rough week of parenting where I seriously doubted my capacity to handle my own child, let alone another, future child.

But also, each day has gone by laboriously slowly. Always, near the day’s end, I’ve found myself thinking, Oh shoot, and I have to write. Sort of the same way, when you’re really tired, that you remember that you still have to brush your teeth. You still do it, mildly annoyed, but feel better after doing so. (But if you could skip it, wouldn’t you?)

I wonder, if I chose to think about writing that way, what would come of it. It’s like brushing your teeth. You do it every day, whether you want to or not.

If I kept going in this process, of writing every day, even after the 100 days ended. And treated it like something that must be done, whether I’m “inspired” to do so or not. (Because let’s face it, just waiting on inspiration wasn’t getting me anywhere. I was writing five, maybe six blogs a year.)

Something that has helped this process of daily writing was letting go of whether or not it was good writing. (In short: in accepting that it was bad writing.)

My ego protested about all of this loudly, by the way. It screamed things like, “Your readers just want you to talk about getting your ex back,” and, “You’re going to lose all of the traffic you worked so hard to get!”

But really, what good is traffic on something you wrote five years ago?

And what good is an audience who wants you to be a one-trick pony?

I briefly toyed with the idea of writing an e-book this year about exes. I felt very inspired to do so, initially.

And then I never wrote a word of it.

Guys, I just can’t anymore. I want you to get your exes back, I really do. But I don’t want to talk about that anymore. I have said everything I have to say on the subject. I am ready to move on. Even if that means losing you.

The things I’m interested in writing about now, whether anyone reads them or not, are body image, motherhood, and authenticity. Maybe also: navigating this world balancing kindness toward others while maintaining boundaries, and also being in integrity with myself. These are the things I think about all the time. This is where I want the writing to go.

I don’t know if I’ll keep going every single day. Perhaps I will write here several times a week, and then do some private writing for myself on the other days. That way, I’m still brushing my teeth. Just not always publicly.

There’s something about a commitment that builds skill, and patience, and, as Goethe says, causes providence to move too.

Until one is committed, there is hesitancy, the chance to draw back, always ineffectiveness. Concerning all acts of initiative and creation, there is one elementary truth the ignorance of which kills countless ideas and splendid plans: that the moment one definitely commits oneself, then providence moves too.

All sorts of things occur to help one that would never otherwise have occurred. A whole stream of events issues from the decision, raising in one’s favour all manner of unforeseen incidents, meetings and material assistance which no man could have dreamed would have come his way.

Whatever you can do or dream you can, begin it. Boldness has genius, power and magic in it. Begin it now.

I guess I have sixteen more days to figure it out.