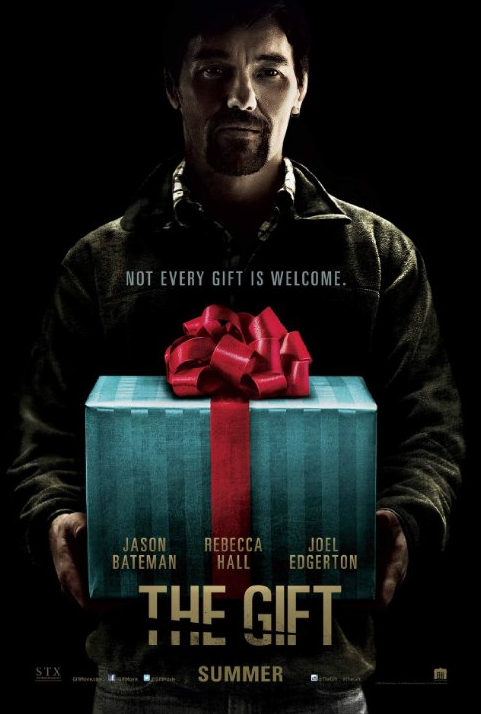 The other night, my husband and I went on a date and saw The Gift with Jason Bateman.

I was really excited to see it even though I really hate scary movies/thrillers. Something about the trailer totally hooked me and I really wanted to know who the true bad guy was in the movie. (Don’t worry, I won’t spoil it for you.)

As the opening credits rolled and the creepy vibe was fully established, I started to regret my decision immediately. And then I remembered WHY I don’t like scary movies or things that are really suspenseful.

As a child I learned that these types of movies stay activated in my consciousness WAY too long, and create a lot of anxiety for me. I got older, but that didn’t change. The local evening news was always on in my household when I was a kid. Though I grew up with it as a constant, I often found myself agitated or upset while watching it, so much so that as soon as it came on at 6pm, I usually found a reason to go into my room or go out. I didn’t recognize it then, but I somehow knew that watching it wasn’t good for me and found any reason to avoid it.

“I wish they would just call the news: What’s Wrong. ‘Hi, it’s six o’clock, here’s What’s Wrong. Now for the local news, here’s the worst sh*t that happened the closest to you.'” –Demetri Martin (listen to his comedy if you haven’t!

Later, I lost a bet in high school and my friends, knowing I hated scary movies, made me watch The Exorcist with them. Big mistake. I was eighteen…and I slept with the lights on that entire summer.

In my thirties now, I have learned my lesson: just like I pay a lot of attention to the foods I put into my body, I’m also super vigiliant about what I put into my mind.

I don’t watch the news. I don’t read books that contain no redeemable characters (I, for one, hated Gone Girl). And I don’t spend time with people who make me feel bad about myself. As I’ve gotten older, I’ve learned to keep a VERY close watch with what I allow into my head. Because I’m sensitive, negative things can take me down really easily, and it can take a long time to recover. Case in point: three days later, I’m still feeling totally on edge, and I know it’s from watching The Gift.

Right now I’m reading Happier: Learn the Secrets to Daily Joy and Lasting Fulfillment by Tal Ben-Shahar, Ph.D., which came highly recommended from Tracy Hutton. The book talks a lot about small changes you can make over a period of time to increase your base level of happiness, and how happy people have a habit of considering both the present AND future benefits of whatever it is they choose to do. So expanding on our food metaphor, eating cinnamon twists from Taco Bell might make you feel really good in this exact moment, but in about twenty minutes, you might feel miserable…and if you’re on a healthy eating plan, you could end up feeling bad about that for days. But if you choose a salad with grilled chicken and lots of organic veggies, you can feel good about that right now, in twenty minutes, and tomorrow.

It’s the same with your mind. Watching The Gift gave me immediate gratification, but I’ve been down now for days. Watching You’ve Got Mail cheers me up now, later today, and tomorrow. Reading thoughtful books gives me a noticeable boost now and in the future. Exercise makes me feel good now, and later.

When C and I got back together, I discovered that he’d developed this totally annoying habit of listening to stand-up comedy on Pandora for thirty minutes as he fell asleep. Totally weird, right? Except that after trying it out a couple of times, I found that I fell asleep giggling every night, and woke up happier. Now, it’s part of our routine that we never break. If you have trouble falling asleep or are plagued with anxious thoughts at night, I highly recommend giving it a try!

What message are you reinforcing when you see movies/read books about bad situations containing mean people? That people are mean.

What are you telling yourself when you hang out with bitter singles who don’t believe in love? That love doesn’t exist.

What are you creating when you watch the news at night? That we live in a fear-based culture where REALLY bad shit happens all the time.

Are you sensitive to world issues? Find a way to contribute without watching war documentaries or those horrible animal shelter commercials. There are so many ways you can accept the reality that 1. There are wars occurring on our planet, and 2. animals without homes face a very difficult reality, without having to drag yourself down into the misery of exposing your mind to those images. Volunteer at a shelter, start a letter writing/package sending project for soldiers overseas, or vote to end these things with the most powerful vote you have — YOUR MONEY. Donate your money to worthy causes to eradicate those things that keep you up at night.

I don’t want to get all preachy here and I know some people are totally going to disagree with me on this one. But as someone sensitive, I know that watching the news or scary movies really can bring me down. What really brings me up is watching happy movies, and donating as often as a I can to Kiva.org.

You’re not pretending junk food doesn’t exist when you choose to eat healthy food instead. You’re making a choice for your body’s health. Likewise, you’re not pretending shitty people don’t exist when you stop hanging out with them. You’re making a choice for your well-being by hanging out with positive people who bring you up.

— Depressed about your chances of finding love out there? Seek out people who are in happy relationships.
— Concerned about the state of the environment? Stop watching those documentaries and donate your money, organize a beach cleanup, reduce the energy you use in your home, start a recycling club and write to companies encouraging them to get greener.
— Hate war? Don’t argue about it. Be an example of peace in every single thing you do. Let the person cut you off in traffic without going crazy. Resist the urge to make someone small or wrong. Respond before you react to the person who is telling you off.
— Hate the way animals are treated? Don’t purchase food from cheap restaurants who perpetuate the factory farming industry! Go vegetarian once a week and choose to spend your money on pastured animals who lived happy lives. Vote with your dollar. 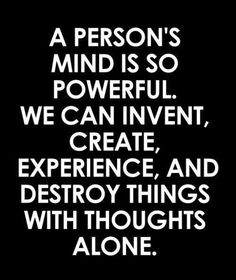 These are just some small ways you can clean up the thoughts in your head. Do you have other examples? Let me know in the comments!

4 thoughts on “Small Life, Slow Life: Be Incredibly Vigilant with What You Allow into Your Mind. {AKA — Why I Totally Regret Seeing ‘The Gift.’}”