When C and I first dated over ten years ago, we joked about getting married and one day having a baby girl named Violet.

That was all innocent flirting then, but now all of it has actually come to pass. Except that the baby is gone, and I have a toddler instead!

Where did the baby go?!

It all goes as fast as they said it would. First came her first word (“ball”), then she was standing, then turning one, then walking, now running and quite the chatterbox! 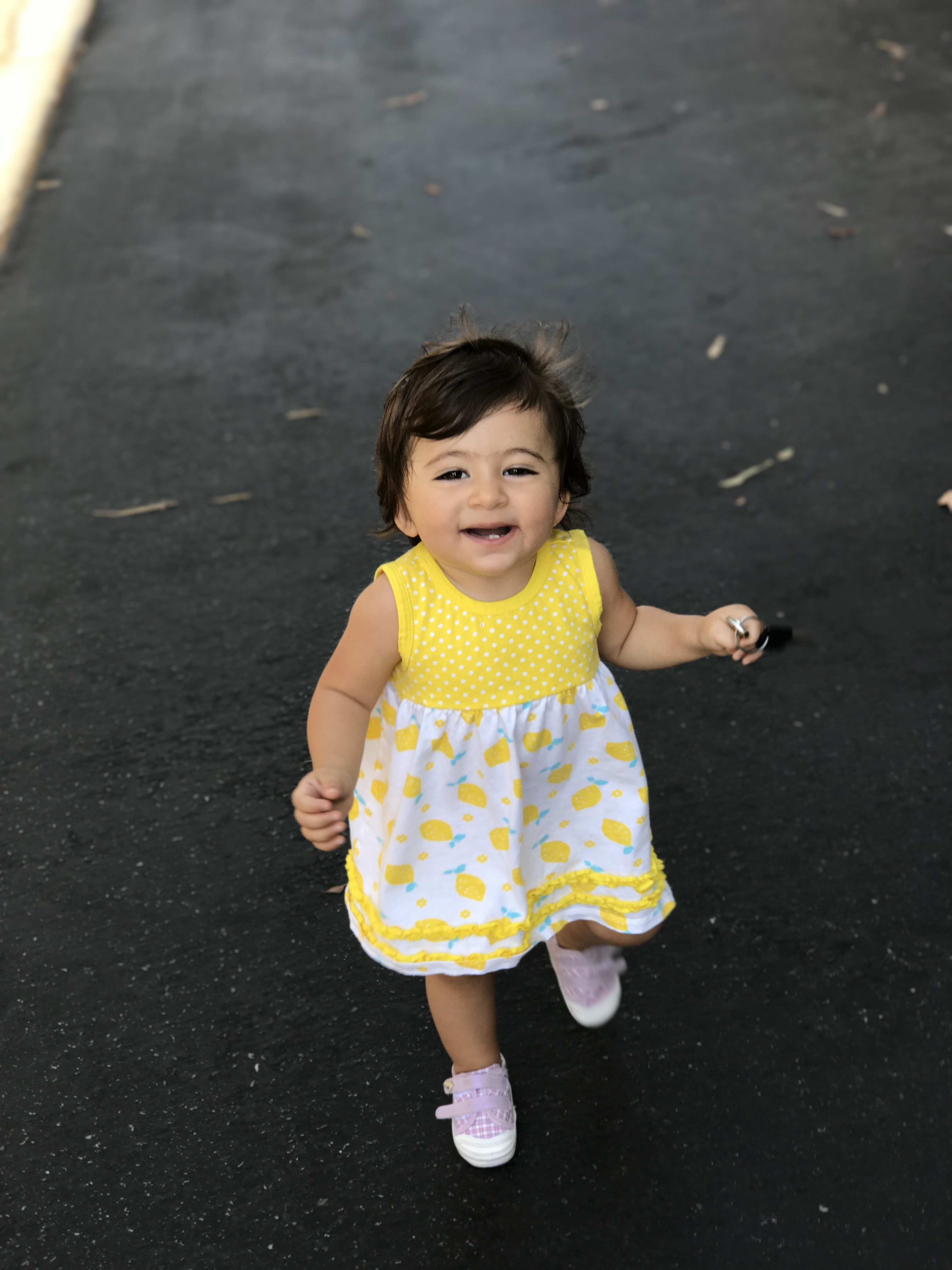 She’s obsessed with Moana (like, it’s a problem), and loves Elmo, music, and playing outside. Her favorite word is currently “WOW” (said really, really loudly), and she’ll say it anytime something is surprising.

The first six months were no joke, but it was so worth it & I really love our life now. I eased back into work when she was 7 months and gradually worked my way back up to 35ish hours. I have a new boss who has been so completely understanding of our journey with Violet, and unbelievably supportive. I don’t think I would have stayed back at work if not for him.

She unfortunately is still not the greatest sleeper.

But she is ours and our world has been so irrevocably changed by her.

Now that she’s a little older, I’m excited to get back to myself a tiny bit, which means working out, showering regularly, and most importantly, showing up here more.

The fact that you guys have continued to comment and reach out even during a very long absence is beyond touching! Don’t worry, I haven’t abandoned you.

Hope to see you on the other side of a nap,