V and I have matching Christmas pajamas too. These are hers.

One of my short-term goals is to make V and myself matching skirts by the end of the summer. Which, despite our SoCal heatwave this week, is approaching rapidly.

The only snag is that I haven’t used a sewing machine in, like, fourteen years.

I love to sew, and I’ve mostly always hand-sewn. There’s something soothing about it, doing something with the hands. I think it must be how knitting feels for some people. (So many people have tried to teach me how to knit, and I just.can’t.do.it.)

My mom got me a sewing machine one year for Christmas, and that thing was a game changer. I still remember sitting in my Berkeley apartment, watching the DVD tutorial that came with the machine. Threading the bobbin. Learning a backstitch. Fixing a thread jam. Getting proficient and making pillows galore. Watching anime while I made gifts for people.

I graduated from college and put all my stuff in storage, sewing machine included, and didn’t take it out again until I moved to Phoenix for what would be a very short-lived relationship with a man. Realizing things weren’t going to improve, I left my stuff there and flew home, thinking we’d figure it out later. He brought some of it to me over the next year. We tried our relationship again; it did not work. And then, when he found out I was moving it to Japan, he dumped a load of my stuff on my mom’s lawn in the middle of the night and donated the rest. Without talking to me about it.

It’s been a sore spot emotionally all this time, and so I never really let myself sew again. Sometimes, by hand, I would. A stuffed animal. An apron. A pillow for the baby’s room.

My sister moved away recently (for what I hope will be, like my Phoenix man, a short-lived relationship). Anyway, she bequeathed me her sewing machine, and I’ve been so excited about it. And so I set a short-term goal to make the matching skirts, because skirts are easy, and I won’t have the temptation to quit.

V and I went to Jo-Ann fabrics today and I decided I’d make her a little test skirt. She is a Moana super fan girl, so I chose this fabric: 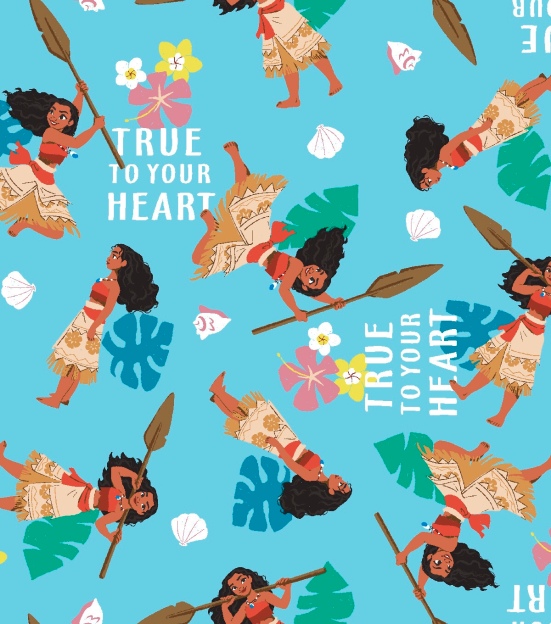 Anyway, I sat down at the table tonight, thinking it wasn’t that long ago that I used a sewing machine. It became intuitive. That’ll it all come back.

You guys, I don’t remember shit.

I don’t know how this skirt, or a set of matching skirts, are ever going to get made.

I immediately released the whole bobbin case and it took me like forty minutes to figure out how to get it all back in. I didn’t even thread the bobbin yet. I stabbed myself multiple times because there’s this super sharp thing that I literally hope I never have to touch again. Six YouTube videos later, I got it all back in the machine and then had to walk away.

I was so upset by V’s bathtime that I was ready to throw the whole machine back in the box and forget the entire thing.

And then I remembered listening to an Oprah podcast recently (I listen to them every week; I am so obsessed), and Justin Timberlake was in it. He was talking about how he loves the feeling of being a beginner. Novice-mentality. Of not knowing how, or if, it’s gonna work out.

And so, once I get this child to bed (it’s already past her bedtime and she’s literally saying goodnight to every Marvel character at the moment), I will try again. And embrace being a beginner.

I don’t like being a beginner. I’m not handy. I’m not crafty. I am one of those people on the Pinterest fails blogs. It takes me way longer to learn things like this than the average person. But if I only keep doing the things I’m good at, my world is going to be so incredibly small. I also want to have my daughter see me fail at things sometimes, and know that it’s not okay to be good at everything. (Like sewing. Or cooking. My husband says I don’t even wash dishes right.) And lastly, sewing is economical.

I will figure out this darn machine. I will hate it. And probably curse a few times.

But dang, she’s gonna look cute in that skirt. 🙂