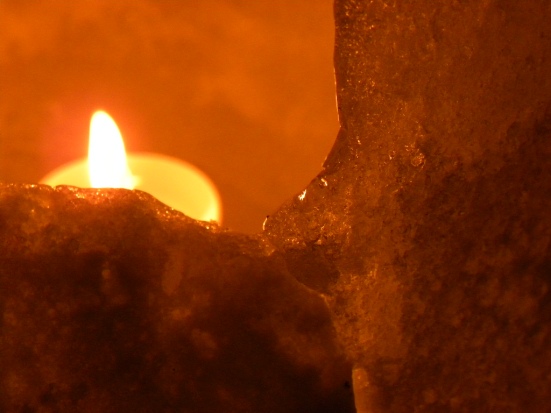 “What I want is so simple I almost can’t say it: elementary kindness.” – Barbara Kingsolver

I totally get it.

Seriously, try it today. When your coworker is complaining about how your boss never says thank you, or your mom is telling you that your brother never calls her when he says he’s going to, or your signif-other says that if one more of his clients doesn’t pay him on time – just try saying after a pause: “That’s so hard. I totally get it.”

This phrase has changed my life. Because, sure, we all want to be listened to, but more than that, we long to be understood. When we’re working ten-hour days, barely paying the bills on time, or struggling in our heads with a particularly difficult situation – being heard isn’t enough.

Mom saying “Mmm-hmm” while putting the dishes away isn’t enough. Boyfriend nodding while he checks his email on his phone isn’t enough. Best friend audibly typing on her computer while we talk to her through our phone’s mouthpiece isn’t enough.

We want to be understood. We want the other person there  with us – in the dilemma, in the storm, in the really bad situation, so that we can have their insight.

We want that other person to reach across the table, place their hands on ours, look us in the eyes and say, “That’s rough. I totally get it.”

Do you ever notice that the complainers in your life will tell you the same story over and over? They’re in that emotionally-charged place, unable to get through it. Until they can get to a different feeling-place, they’ll keep on telling the same story.

What they need is an energy shift – an alternate way to see the situation. They don’t need you to offer a solution! Solutions are useless when people feel defensive and misunderstood – they’ll never get there. They need you to help shift them.

Try saying this: “That’s so rough. I totally get it. In my last job, my boss never-ever  thanked me. It was hard to just get through the day. I get why you’re having a hard time.”

Your friend might say, “Yeah! And then she…did that other thing that offended me!” But watch what quickly happens as you give your friend your pure, undivided attention and understanding. She’ll calm down.

In the light of that clarity, it’s hard to keep complaining. The people in your life think they want solutions and action-plans, but what you’re really offering is stillness.

When you give the people in your life your pure attention and compassion, you’ll naturally move them away from the complaining-realm and into the what’s-really-going-on realm, where they then can assess what they’re feeling and make a decision on how to move forward.

I’ve used “I totally get it” with a difficult boss, and it changed our whole relationship. I’ve used it with friends who were crying into their wine over lost love. I’ve used it with my mom, who has a lot of chronic pain that really inhibits her life sometimes.

Do you ever want to silence the complainers in your life? Well, I totally get that too (wink). If you really want to be effective (and get them to pipe down, ASAP) try the “I totally get it” thing and see what happens. Kind words spoken from a sincere place are the most under-utilized secret weapons we’ve got. Consider them your magic potions.

“Words are, of course, the most powerful drug used by mankind.”  -Rudyard Kipling