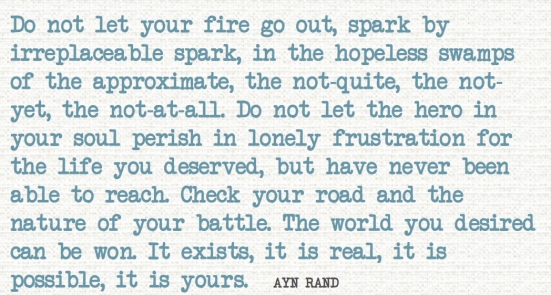 I don’t know about Ayn Rand (I actually trudged through the entirety of Atlas Shrugged), but I do love this quote.

Sometimes, during this year and a half that nothing has changed for me professionally despite many promises and almosts, I have lost sight; I have let that fire go out; I have been in that hopeless swamp.

And any time anyone has asked me during this time what I’ve wanted; like, what I’ve really wanted, I’ve always said, “I don’t know.”

But it wasn’t that I really didn’t know. It was that it felt so far away, so impossible.

A few months ago, I randomly decided to look through my old tumblr, and there it was, all along. 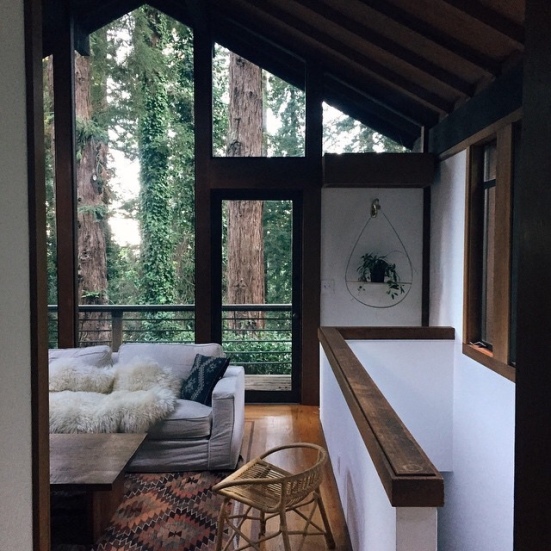 And because of that, I can say to you, with confidence: I have a goal to live in the Pacific Northwest within the next five years.

And deep inside, you know too: you know what you want. Deep down, you really know. You may pretend you don’t, you may think it’s impossible, but you know.

Sometimes, we have to sacrifice to get there. You may have a year or several where you’re saving away, in the job that may not be your dream job, or living in the city that you don’t want to let your kids play outside in, or to grow old in. And that’s okay.

Just keep it in your sight. And don’t make the sacrifice years a permanent deal. Don’t get stuck on the way there and make it just your way.

Always readjust to your end goal.

(And even when you get there, you’ll form a new end goal.)

The life I live now is something that I once would have considered impossible. A miracle. I can’t believe it’s mine. I prayed, wished, for all of it. For so many years. Never knowing it would come. Never knowing I’d actually get to it.

Taking a cruise is a whole lot of ocean and very little land.

But it’ll be there, at the end, if you stay the course. Your destination.