I recommend getting yourself a family member who works for Disney. My mom does, so I have had more magical Disneyland experiences than I can count. Even saying that, today was one for the books.

It was just my mom, V and me and so we took it slow and only did a couple of things. We’ve both been to Disneyland a lot, and done all the big stuff so many more times than many people have ever gotten to, so we centered the day around V.

Naturally that meant we rode The Little Mermaid ride twice, Small World twice, and did The Jungle Cruise, Pirates, and one little rocket thing at CA Adventure, and that was it. 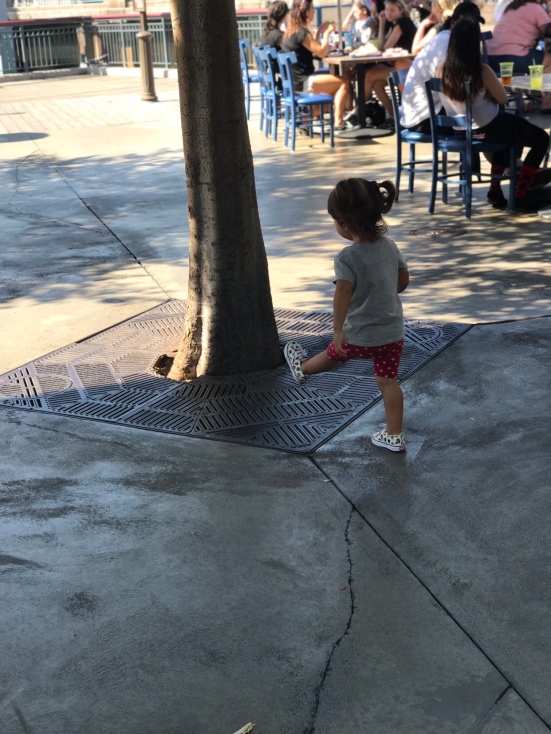 No three hour lines. We didn’t choose to wait for anything more than ten minutes. We took a long break in Toon Town and let her play at Goofy’s House. We relaxed after dinner and just let her run around all the tables happily, making friends with everyone. 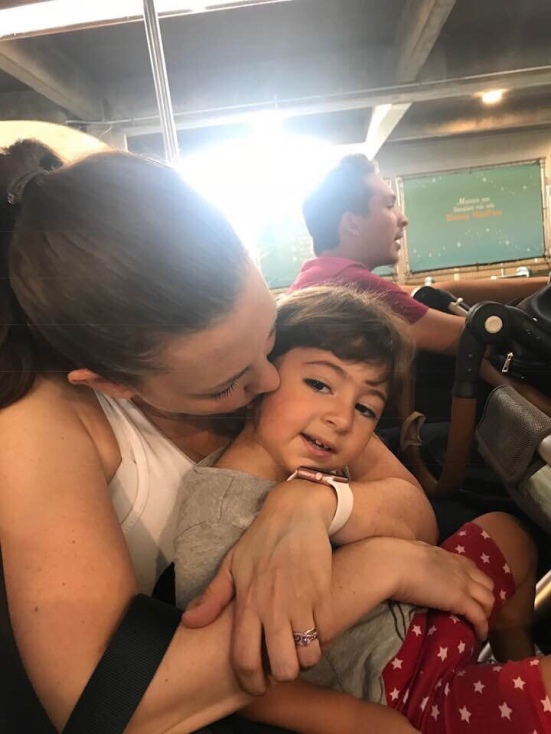 V was sooooooo much more aware and into everything that was going on, much more than when we took her last time in May. On Small World she pointed out every single thing she could see — magic carpet, the sun, the moon, hearts, flowers, and all the animals. Speaking of animals, the Jungle Cruise was really special because she knew all of the names of the animals this time. She’s never been to a zoo before, and I caught myself smiling because she thought all the animals were real! (I used to think that too!)

She was so good in the lines. And even when she had to spaz out and run around, she knew to stay close.

It wasn’t all perfect though. She hates her stroller and whines most of the time she’s in it. She also cried most of the way home. So exhausted. This kid just refuses to sleep in the car. I almost tore my bicep from reaching back over her car seat to hold her hand. (So sweet though, feeling her little warm fingers in mine.)

She literally passed out the second I exited the freeway. 😑

It was such a special day and I am just so grateful for my mom’s kindness and generosity.

She so willingly gives her time, her attention, and obviously she has spoiled three kids and already this one grandkid. She bought V a little plush Minnie at the end of the night that she snuggled with the whole way home.

Thank you, Mom. It was the perfect day. ❤️

One thought on “Small Life, Slow Life: 16/100 {The happiest place on Earth…Disneyland!}”