“It should be called ‘Small Life, Sad Life’,” I said to my husband over lunch. “All I do is write about grief. Breakups and death and feeling suicidal.”

“No,” he said. “Dealing with that stuff is part of having a small life. And you write about getting to the other side of grief.”

He may’ve be onto something.

I’d been wrestling with the fact that why I started this blog and what this blog has turned into are two totally different things.

I started this blog to talk about slowing down, and getting rid of possessions, planting a balcony garden, and taking walks in nature. You know, stuff like that.

What I’ve ended up writing about is dealing with the loss of a love, learning to be loved, and what to do when your world turns upside down.

I started with the idea that people could benefit from turning off the phone and spending more time outside, but it’s turned into a blog about comforting people who are at a dead end, who feel dead themselves.

And I think I’m okay with that now.

I only write when I’m called to write. I know I should be posting here every Thursday at 12pm, but I can’t force it when it doesn’t come. When I do force it, it feels icky, and I wince when reading my own words later. So after six months away, I gave up the pressure and promised myself that I would only write when I truly had something to say.

Well, I didn’t realize that I had so much to say about grief and healing. In fact, an inexhaustible amount to say. From accepting the fact that your ex isn’t going to come back, to what to do when you’re feeling suicidal, to ambivalence toward the holiday season…when these ideas strike me, it feels as though I must write about them and the posts practically write themselves.

But is that bad?  I asked myself. Shouldn’t I be writing more about happy things and pretty colors and fun DIY projects? After all, my most popular post on this site that still gets 100+ views a day is DIY colored mason jars (thanks, Pinterest).

And then I stumbled upon this quote:

“Any writer who has difficulty in writing is probably not onto his true subject, but wasting time with false, petty goals; as soon as you connect with your true subject, you will write.” –Joyce Carol Oates

Could grief be the true subject? Is this what I could go on and on and on about, until the end of time? And why write about that — aren’t there enough self help books, enough seminars, enough yoga classes and enough affirmations in the world to combat grief?

But then I look around and I think, No.

The suffering of my parents. My friends going through breakups. People I know who are separated from their loved ones over great distances. And the people I meet at work — the strangers — who tell me not in words, but with their rigid posture and their eyes that won’t meet mine and their pursed lips and quick shakes of their heads that they are deeply unhappy…that they’re so tense it feels like their ribcages are all bound up or that they’re made of rubber bands pulled too tightly.

Suffering is universal. And it doesn’t matter how compassionate you’ll be once you’re on the other side of your suffering — being IN the suffering is the fu%^ing worst. And I know that.

And I’ve been there, in that place you’re in — the one that’s SO dark, the one that feels like it has a hold on you that will never let go, like it’s strangling you and you’re going to suffocate any minute now.

I’ve been there. I understand. And from here, where I am (and let’s face it, sometimes I’m still in that place right along with you), I want to hand you a flower. Because over here, the sun still shines and flowers still grow. Over here, people have healed from tremendous tragedies. And it’s in this place that I’m waiting for you.

We’re all waiting for you.

And that is why I write about grief. 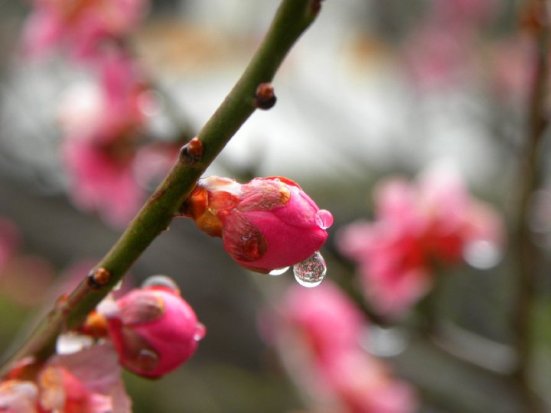