I write this to you from bed, where I am currently sniffling on a dreary Tuesday! Sad times for me. I never usually get sick, but I’ve been sick twice in the last four months. Takeaway: It’s time to start taking better care of myself. More regular sleep, more kombucha, more days off.

That being said, I am worn down for the best reasons. It was my birthday a week and a half ago, and I did the only thing I wanted to do – I shared anti-gravity yoga with the people I love.

Yep, I rented out Coolhotyoga Calabasas for my birthday!

The ever-lovely Salina Andrews was our guide. Only Darcy and I had done the class before, but friends and family who came had not! It was SO cool to watch them experience it for the first time. 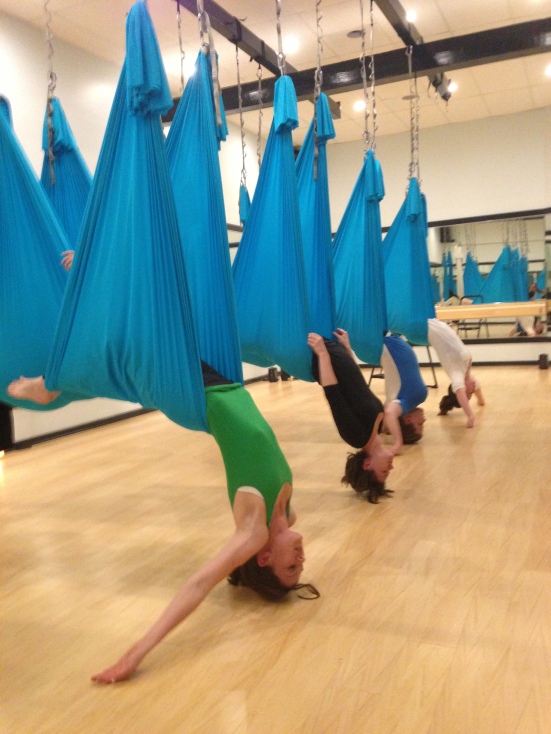 This is Swan Pose, and it feels really, really good. 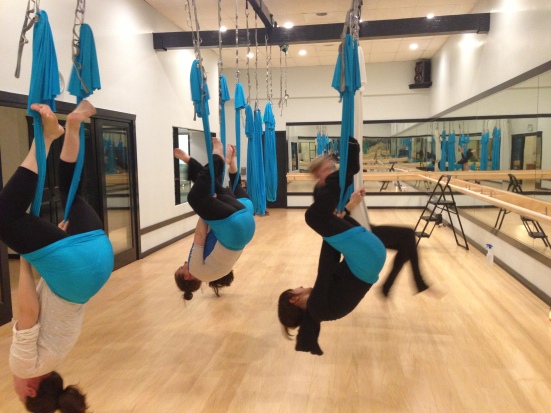 The girls doing an inversion all by themselves! 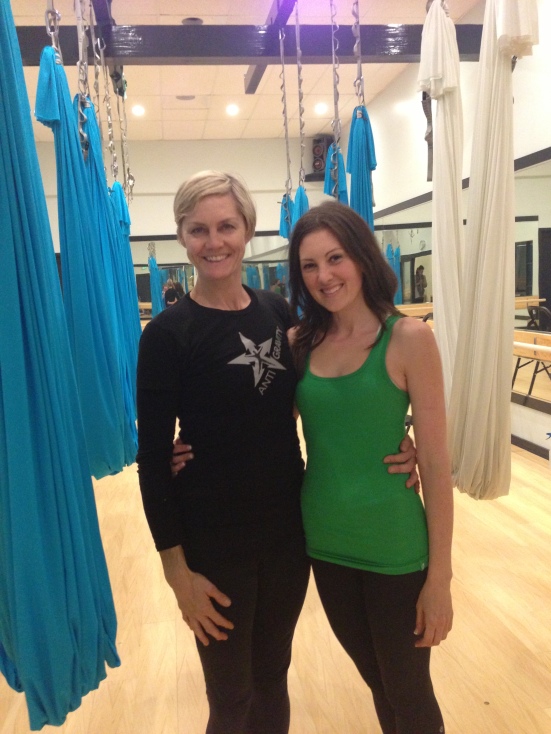 All possible because of this woman, Salina Andrews. 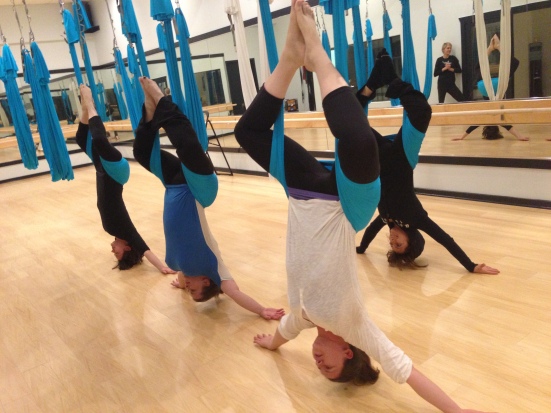 Oh, this all may look easy – but it can feel terrifying. I’m so proud of my peeps (including my mom!) for coming out and giving it a try. I was extra exhilarated because I learned to do a new flip!

I am still just in love with anti-gravity yoga as ever, and it has inspired me to take a trapeze class!

I made a decision on this birthday that my path needs to move forward. I’ve been a bit paralyzed in certain areas of my life, scared to move or take risks. Whether it’s stepping up to the plate at work or confessing how I really feel, I’ve been experiencing tension. But moving alllllll of the way into one’s thirties has a way of illuminating what’s really important! 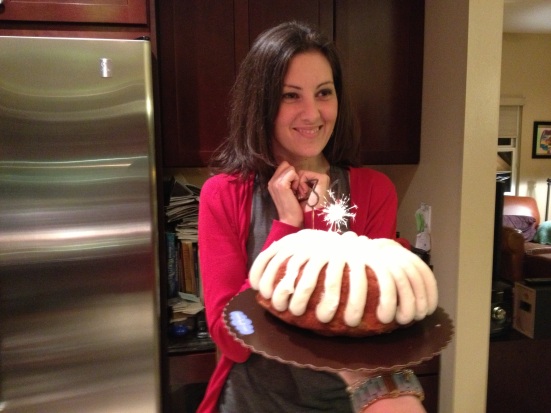 Wish made: May I be brave enough to speak honestly. About everything.

And if that wasn’t enough birthday madness, a very special surprise was given to me last week. Don’t ask how, don’t ask why, but I had the privilege of going to see Tegan & Sara live at Club Nokia with very special company!

I have seen a lot of my big musician crushes live (ahem – Britney & Kelly, Sara Bareilles, Rachael Yamagata [twice]), but I’d never seen T&S. I was even more bummed out when the tickets to this show sold out during the pre-sale! I was super sad. 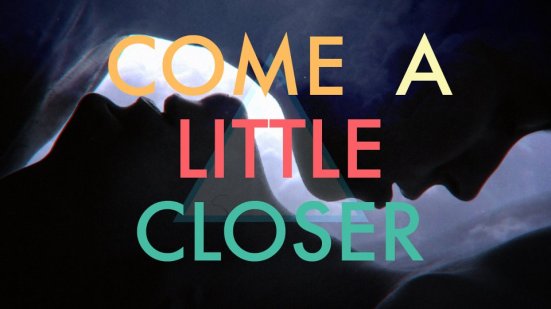 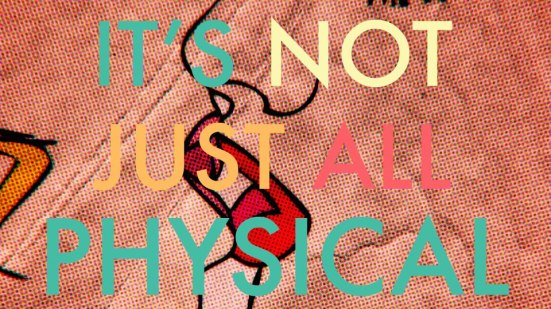 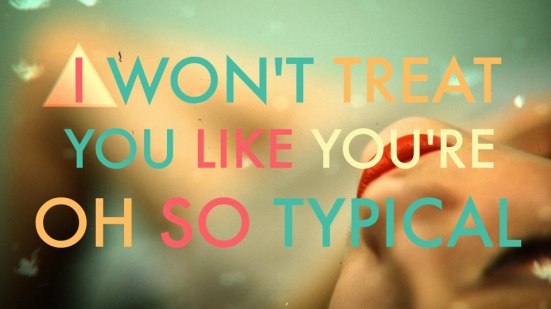 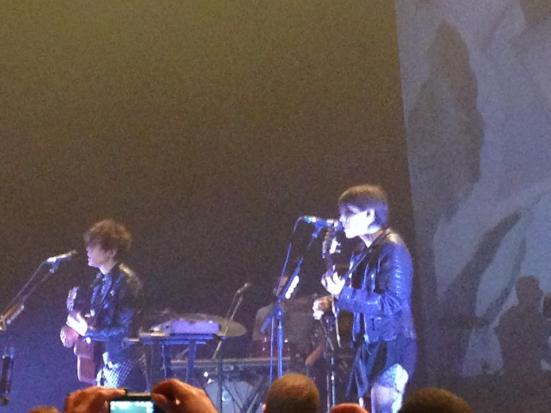 They played everything I loved – so many tracks from their new album “Heartthrob”, and then “The Con” (which is my most favorite-est EVER), and even “Feel It In My Bones.”

Wait…did you just say you haven’t heard  “Feel It In My Bones?!” Yeah, let’s rectify that immediately:

And you know, I’ve already posted the “Closer” lyric video on this blog in the past…but hey, what the hell. It’s such a happy song – a guy seriously pulled up to my car last night and asked who the band was when I was bumping it. So give it a listen!

Whew. Now that we’re all caught up, we can continue.

It was a really special night and I’ve basically been on cloud 9 ever since. So rather than hit you with some heavy stuff today (the way I did with Small Life, Slow Life: Make Beautiful Things. Find the Dominant Thought), I figured I’d bequeath some link love and happy stuff.

I hope your week is amazing so far and that you’re not in bed with the sniffles, like I am! *takes giant gulp of kombucha* 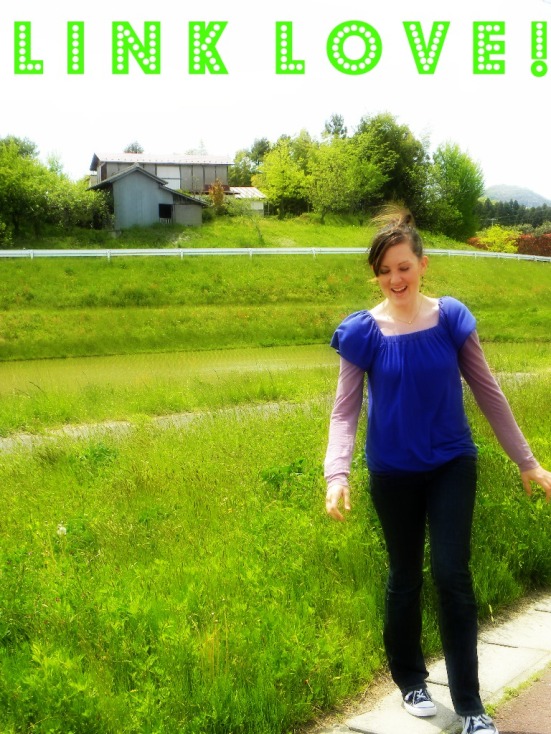 From ThoughtCatalog: Watch this 7-second video of a thought forming inside of a brain. TOO COOL. Even if it is a zebrafish.

From the incredible Nisha – this one’s for the girls. “What women ache for is connection, and where we can always find it is in sisterhood.”

It’s not too late to join Sarah of Yes and Yes in her nine days of kindness. I love her redefinition of the month of February!

I pretty much need to have this Totoro decal on my wall, in the biggest size they make. Kgood,thx.

If you’re in the mood to cry for some reason, listen to Tegan & Sara’s “Now I’m All Messed Up” from their new album over at my personal blog. I WARNED YOU.

Cannot believe The Postal Service is touring after so long! I want to see them!

This has been totally making the rounds, but Pixar’s “Paperman” short totally made my day when I saw it before Wreck-It Ralph. If you haven’t seen it, it is so worth it.

I make no secret that I am Paleo-ish, and I don’t want to get into too much controversy here (this little article sparked quite the debate on my facebook) – but I thought this article on how Kobe Bryant is thriving on nutritional foods while Ashton Kutcher is suffering from eating a fruitarian diet was really, really interesting. I fully recognize that no one diet is right for everyone.

Sara Wilson wrote an excellent post (as usual) on how we run from quietness.

And finally, here are some quotes I just love:

Be proud of your pain, for you are stronger than those with none. –Lois Lowry

Remember how far you’ve come, not just how far you have to go. You are not where you want to be, but neither are you where you used to be. –Rick Warren

If we have no peace, it is because we have forgotten that we belong to each other. –Mother Teresa

People think being alone makes you lonely, but I don’t think that’s true. Being surrounded by the wrong people is the loneliest thing in the world. –Kim Culbertson

You know when sometimes you meet someone so beautiful and then you actually talk to them and five minutes later they’re as dull as a brick? Then there’s other people, when you meet them you think, “Not bad. They’re okay.” And then you get to know them and…and their face just sort of becomes them. Like their personality’s written all over it. And they just turn into something so beautiful. –Amy Pond